Wednesday we drove to Windsor Castle for a tour that was interesting and stressful. Neither of our kids cared about the signs that asked visitors to stay off the grass, Charlie and Jane were less than impressed with the tour of the interior of the castle and Charlie voiced his opinion loudly in St. George's chapel when it was time to exit. But even with all of that, Windsor was impressive and beautiful. I've never seen a castle so massive.

Heading up to the castle 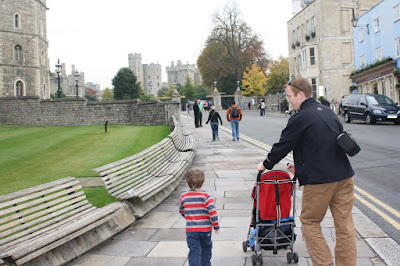 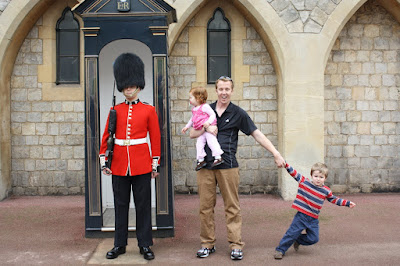 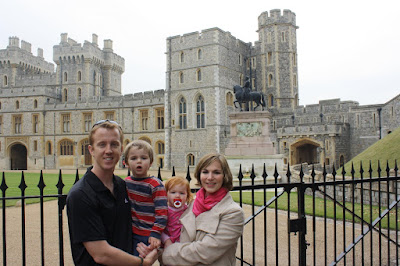 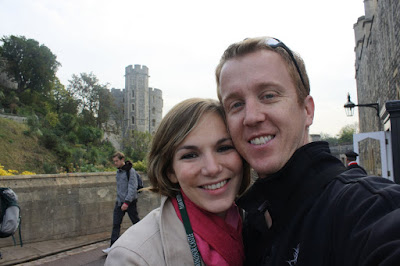 Then we had lunch and headed on to Stonehenge, about 2 hours west of London. 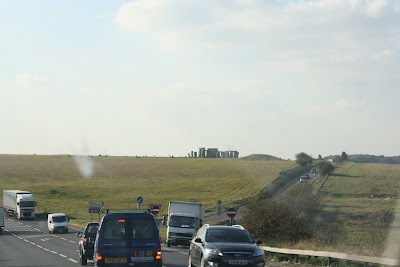 We were surprised that it was just there as we came over the crest of the hill. 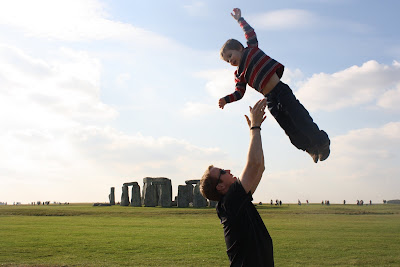 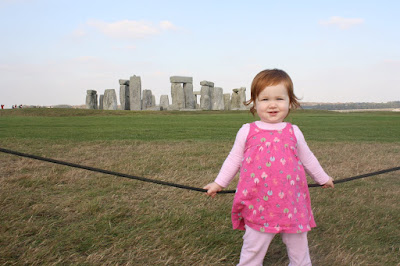 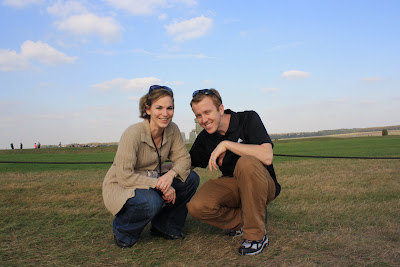 Charlie took some great pics of Dan and I, but Stonehenge was obviously not a priority in his vision. 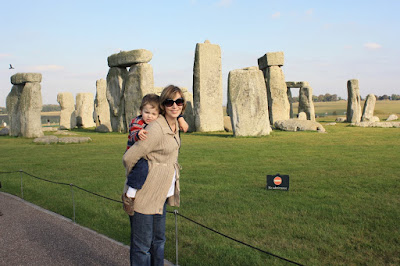 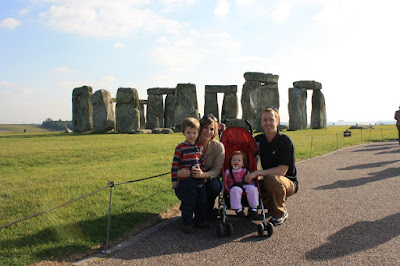