A few months ago at Henry's 2 month check-up, the pediatrician felt a ridge along the top of Henry's head that she felt needed a closer look.  We were sent to the German hospital that Henry was born at for a head ultrasound.  The doctor there said that the sutures were closing, but that they hadn't fused yet and we would just monitor them at his 4 month check-up.  Well, the monitoring at the 4 month check-up showed a further concern for early fusing and we were sent to a neurosurgeon for an evaluation.  So this morning, I dragged Charlie and Jane at the crack of dawn to a very very nice friend's house and then Henry and I set off on a 3 1/2 hour drive to Wurzburg for the evaluation.  We were left with the choice for surgery to correct the fused suture or to opt out of the surgery and just continue to monitor Henry's head and watch for any symptoms that may indicate that it is affecting his development.  We're still undecided and will be trying to make the best decision for Henry.  Further updates to come.
Sagittal Craniosynostosis - Sagittal synostosis, the most common type of craniosynostosis, affects three to five infants in every 1,000 live births and is more common in males. Premature closure of this suture leads to a condition called scaphocephaly. Because the skull cannot expand sideways, it is forced to grow forward and backward. This may cause the baby to have a protruding forehead, narrowed temples and an elongated head. 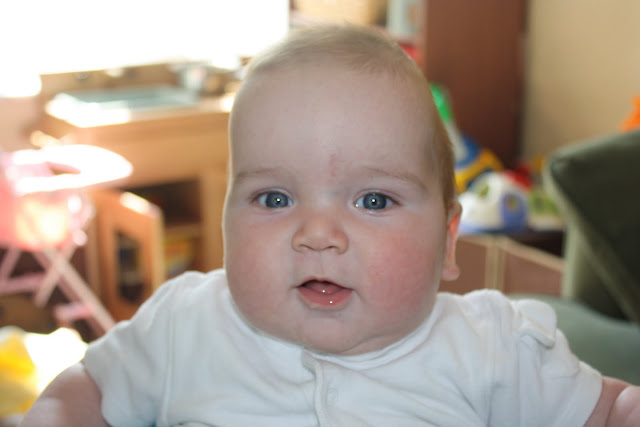 Seriously, with cheeks like these, who even looks at the shape of his head?! 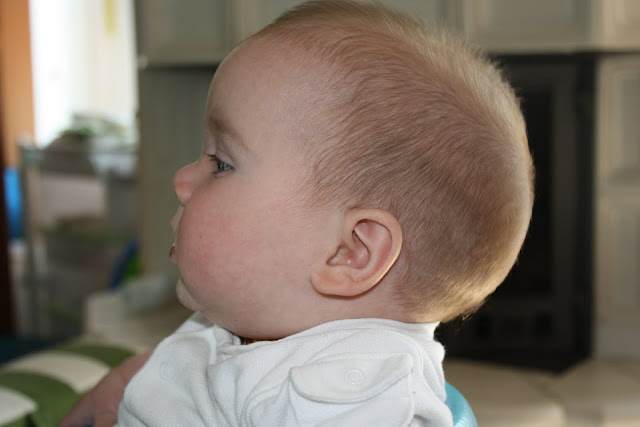 The doctor pointed out that the average head's highest point is closer to the back, but in Henry's head, his front is higher. 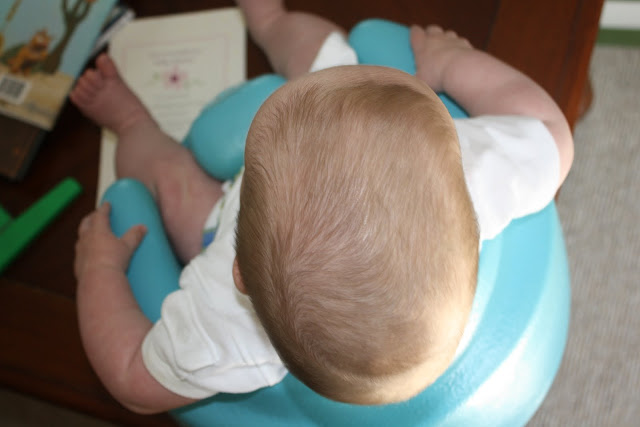 The length from front to back is also typical 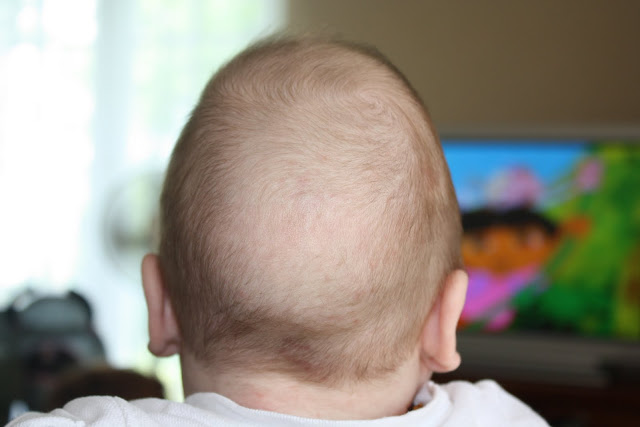 He likes his tummy, so his bald spot isn't nearly as bad as Charlie and Jane's were.  Maybe he won't end up with the dreaded baby mullet! 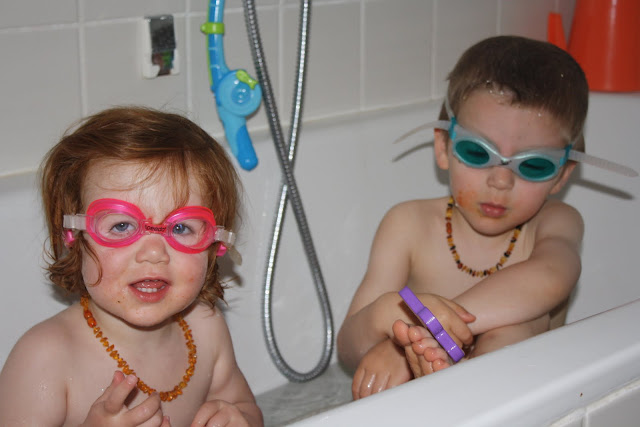 Charlie and Jane will love Henry no matter what his head shape...as long as that unconditional love is returned despite the goggles (or "gobbles" as Charlie calls them)
Posted by dae129 at 3:04 pm

There's no mistaking, he's an Edgar baby with that face!! Y'all are (and have been) in my prayers! Call me, well be home for a few days this weekend!

Hi
He is a cute baby,So how is he doing now ,did u do the surgery ? my baby is 2 month old and her pediatrician suggested a xray of her too,scared to go for the xray,thinking of the outcome ...