As I was getting ready for my spouse's coffee last night I left Jane in her room as I went to gather up my things. Everything was quiet and going smoothly. A little too smoothly. I heard Jane laughing and saw Charlie come running out of her room. His face was marked with something black and my first thought was a pen. But as it turns out he had put mascara on both Jane and himself. She didn't seem to mind, but I sure did! I rushed around trying to figure out how one gets waterproof mascara off of a baby's eyelid and face. After much scrubbing with a baby wipe, I got the majority of it cleaned up. Although Jane did get a few comments about having a black eye at the coffee. I tried to take a picture, but as I said before Dan has our new camera in Singapore. Our old camera was less than stellar so below is the best I could get. I did manage to video tape it for posterity's sake. 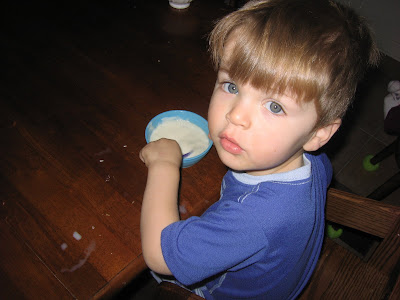 Charlie and his milk "Happy Face". He has an obsession with making happy faces wherever he can...guess there are worse vices! 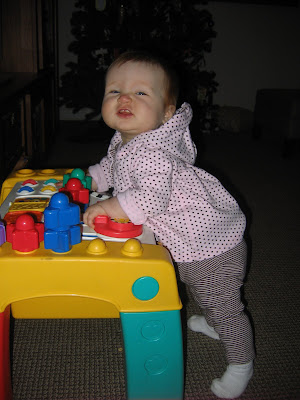 Jane's finally standing up! Oh, and those are not teeth, just white gums 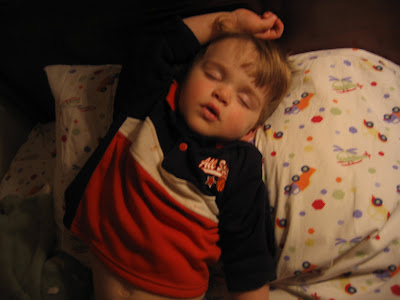 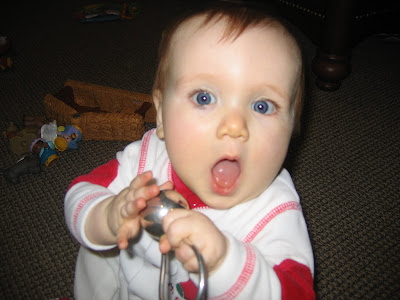 After the mascara clean up occured, but you can see a little bit under her right eye 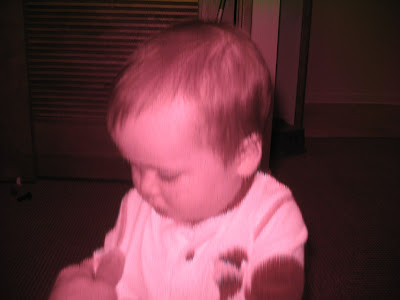 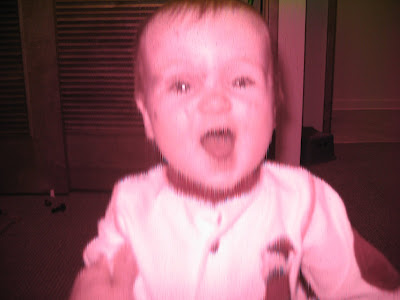 Pretty much any dark spot on her face is mascara
Posted by dae129 at 10:13 pm