You know it's been a long time since we've seen the sun when your 3 year old points it out through the window. So after naptime, we bundled up and headed out to get our vitamin D fix. It was windy, but beautiful. We went to the open grassy area/parking lot at the elementary school next door to us.

Some people were asking about Charlie's balance bike. It's a two wheeler that has no pedals. So you start by walking/running with it, then you learn to pick up your feet and balance. Charlie is getting pretty good at it, but he loves letting the hills in our town do the work for him. I posted a lot of pics of him on the bike to give you a good idea of how it works, but I'll try to get video footage of it when Dan gets home with our other camera. 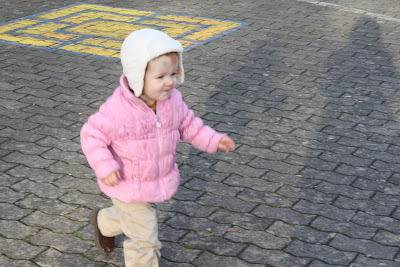 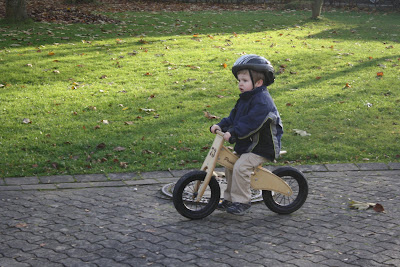 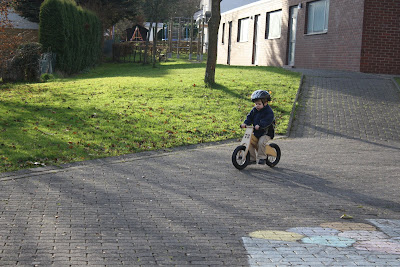 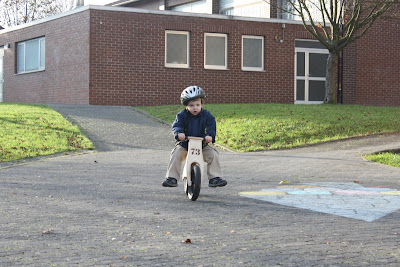 He walk/rides the bike to the top of that little hill behind him and then can go for 15-20 seconds of "balance" time coasting. 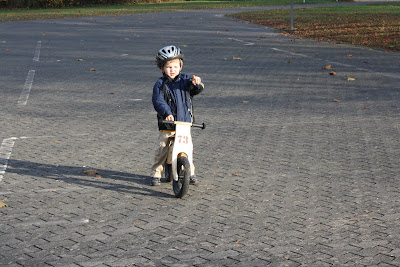 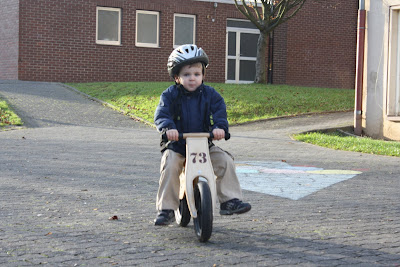 I still doubt his ability to "steer", but we haven't had any run ins...yet 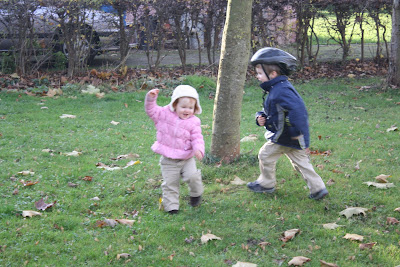 Amazingly (to Jane), Charlie spotted Jane hiding behind that tree during hide and seek 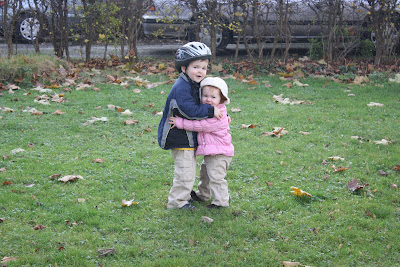 There was no set up for this pic, I swear! 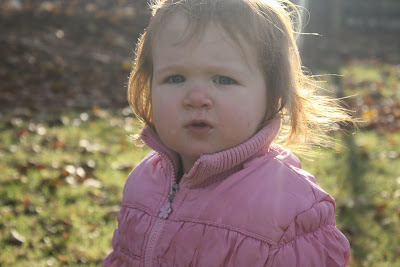 Yeah, I've got a runny nose, but I'm still gorgeous 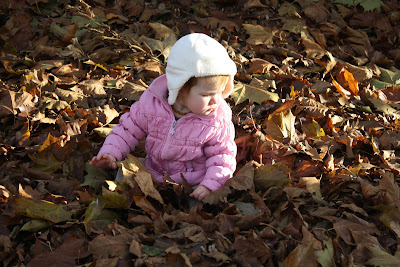 Hmmm, these leaves were fun before, but now they're just wet 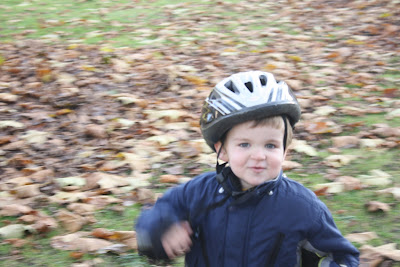 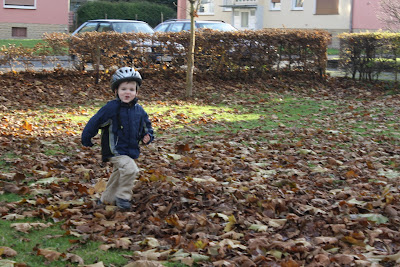 He's running the zig zag pattern in an effort to avoid the camera
Posted by dae129 at 1:37 pm

That balance bike looks cool! I'm sure it will help him get ready for a no-training wheels bike! Hey, have you gotten any of my other comments? I have left comments on a few of you previous posts over the last month, but it is like they don't update. What's up? In my last one I asked if you were preggo? Oh, and when does Dan get back?