On Wednesday we went to the Korean Folk Village. It was a lot of fun. 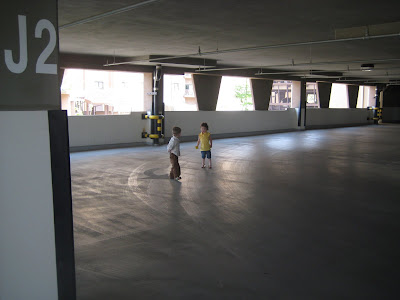 Charlie was ecstatic to see his friend Ava in the parking garage. By the way, she has two fish; one named Ava and the other named Charlie. 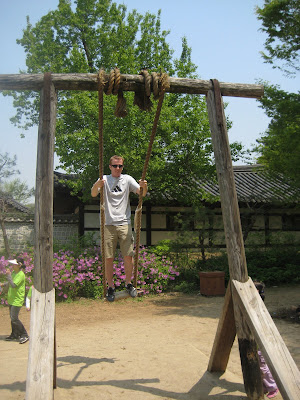 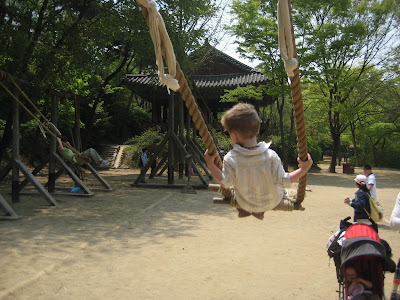 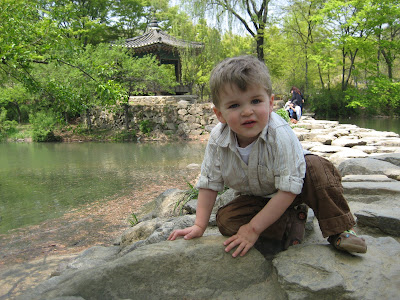 If they had charged us for throwing rocks in the stream we would be broke. 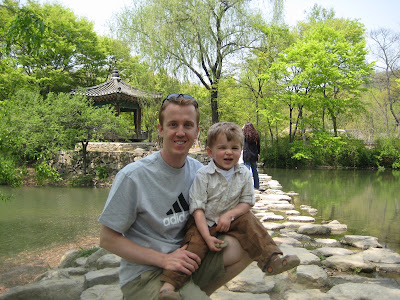 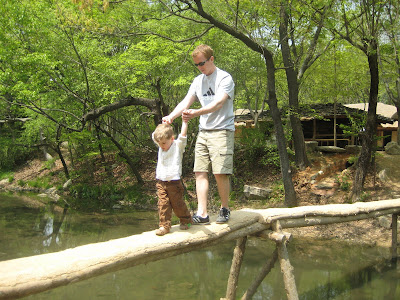 Charlie did great on the bridge. 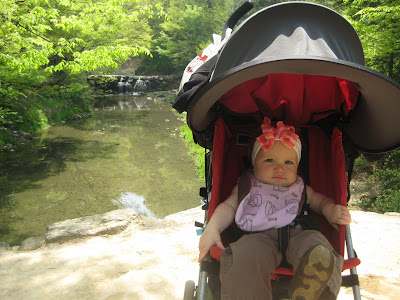 Jane's bow denotes that she is a girl. 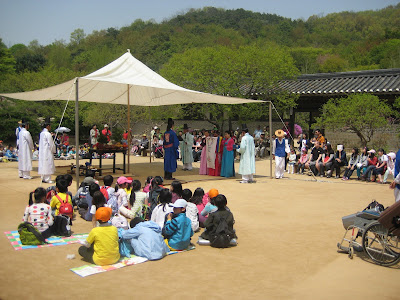 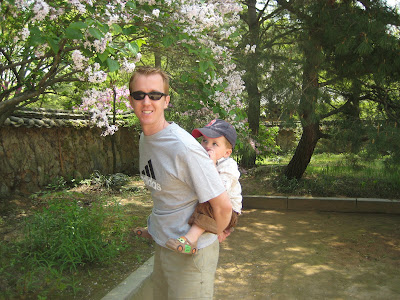 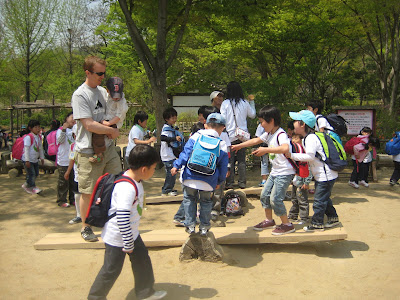 Current exchange rate...one Dan = 4 Korean kids. There is video of this below. 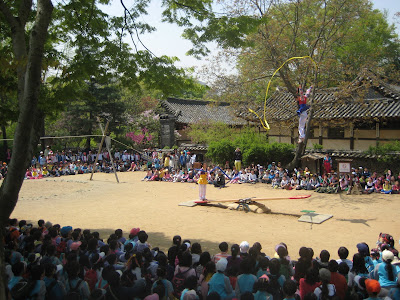 I can fly higher than an eagle... 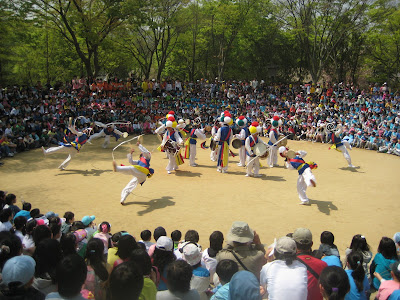 The kids went nuts when they started doing this maneuver and I am the guest tumbler on far left. 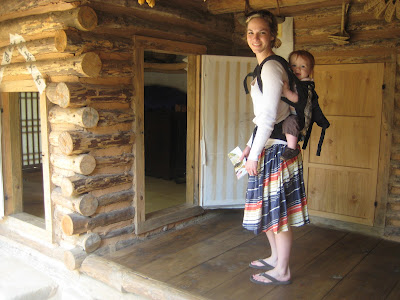 People were smaller back then. 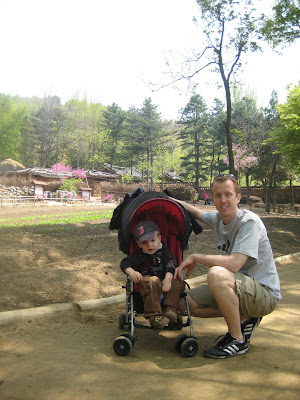 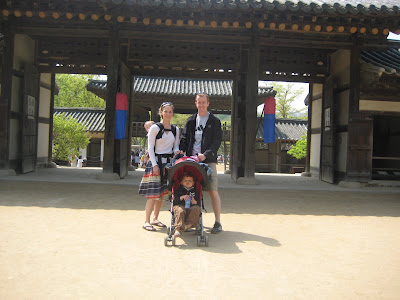 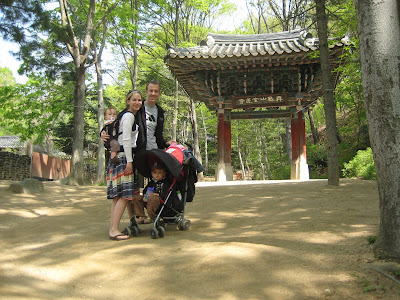