2 June - Millions of Peaches, Peaches for Me...

We headed out this morning to Lawson's Peach Orchard in Morven, GA.  I was so excited when I saw that they had U-pick for a few weeks and I didn't want to miss it.  We grabbed our bucket and headed out to the fields.  My children were very nondiscerning when it came to picking the best of the bunch, but I managed to filter out most of the bug eaten, ground fruit that George favored and I think we ended up with a good bucket of peaches to bring home.  Off to google some peach recipes! 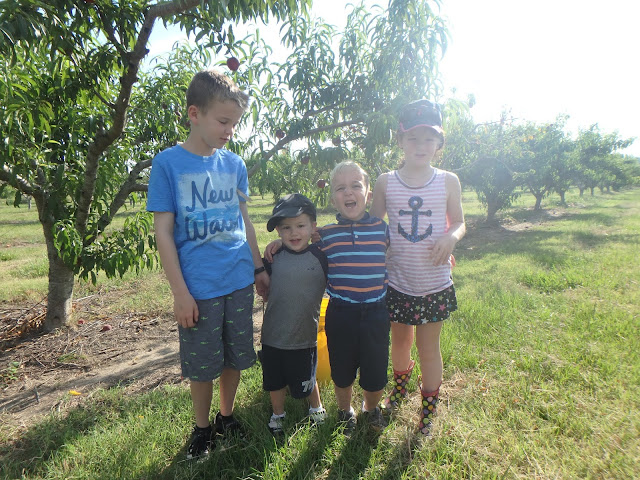 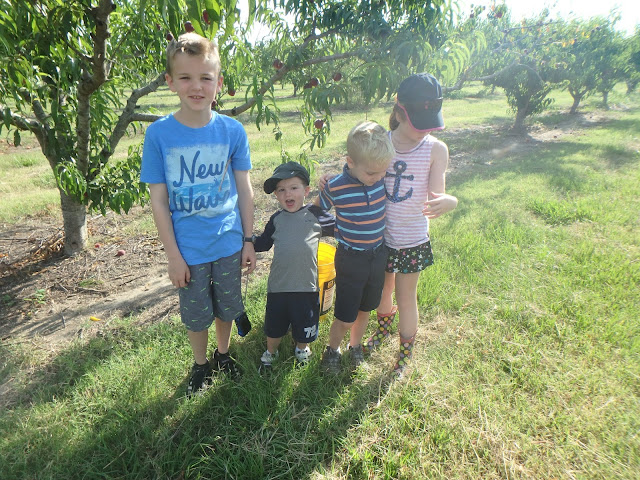 Which caused a chain reaction with George 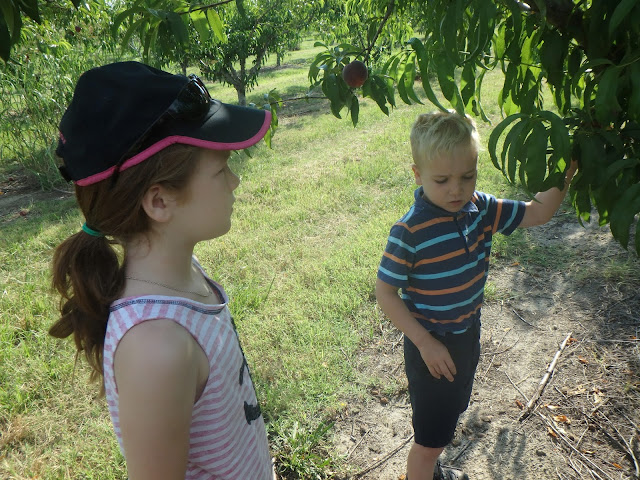 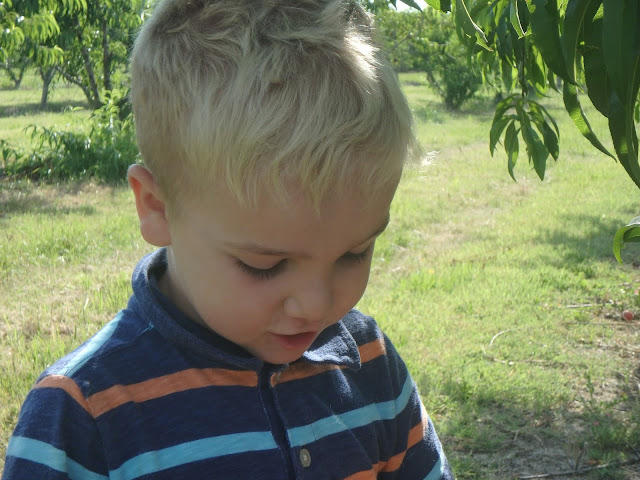 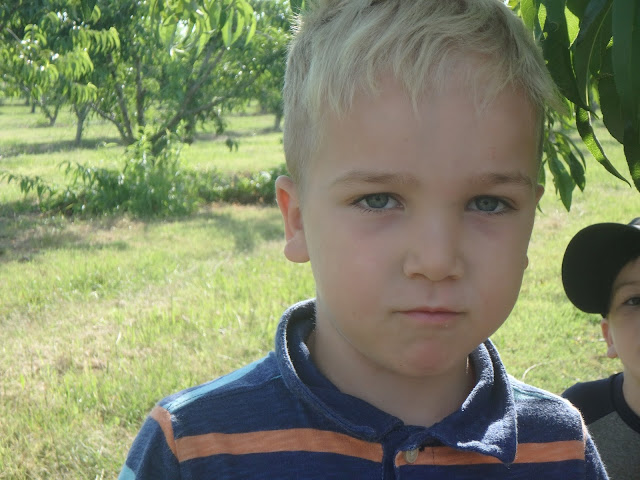 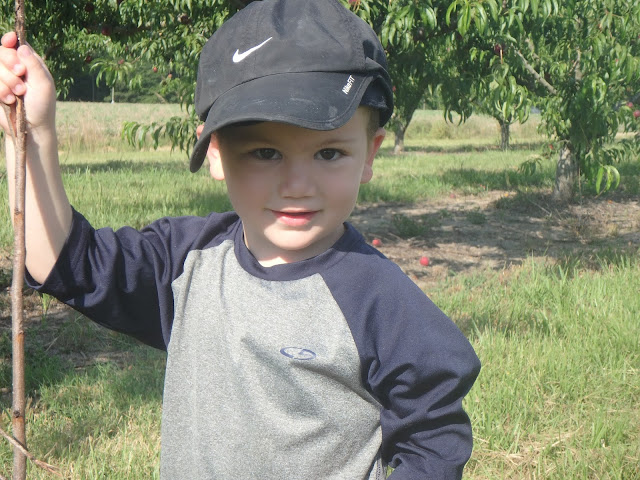 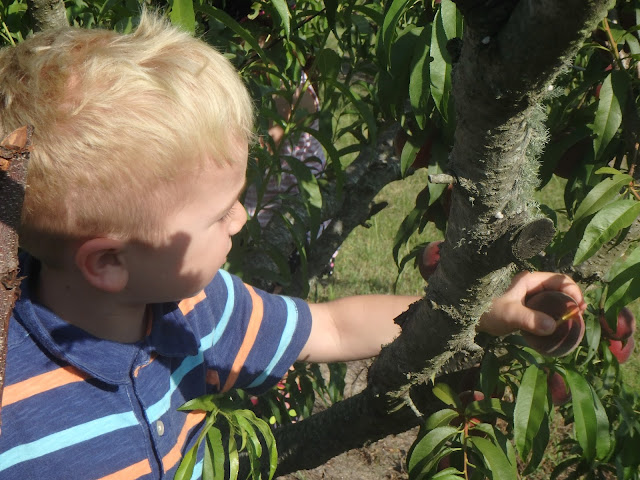 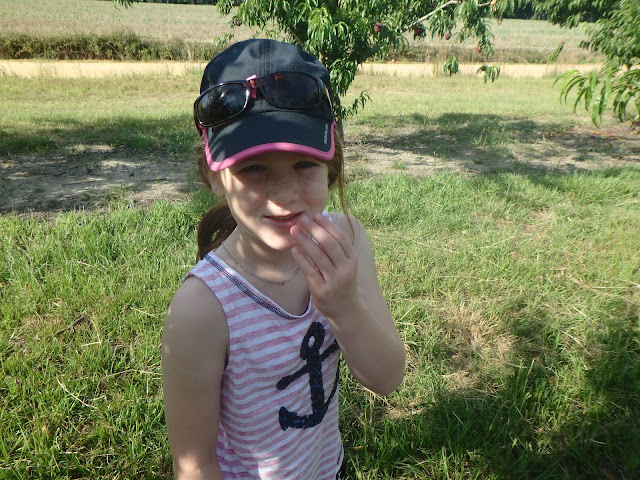 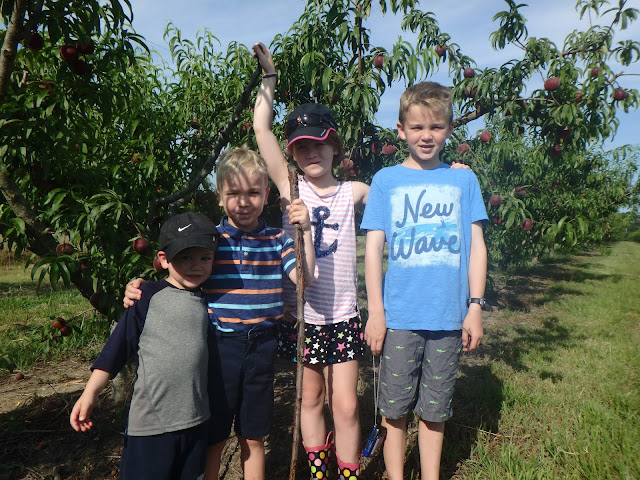 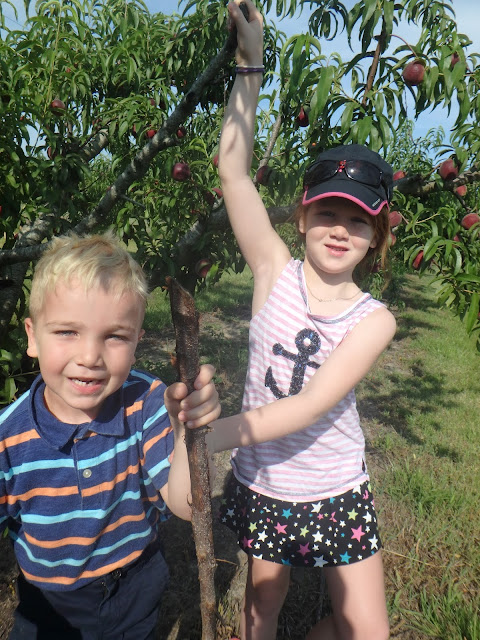 Jane was shoving Henry out of her spotlight 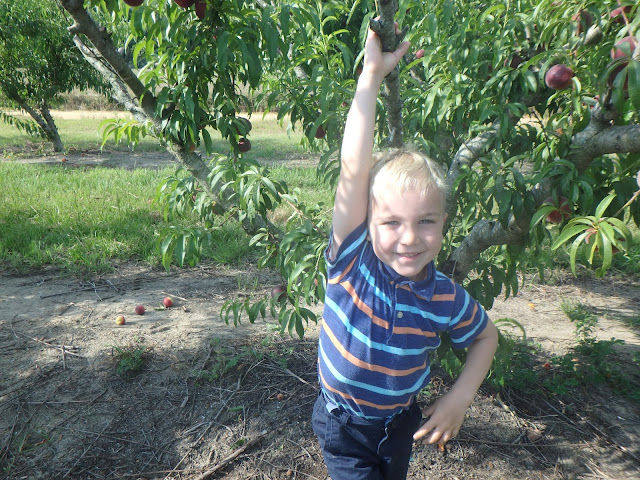 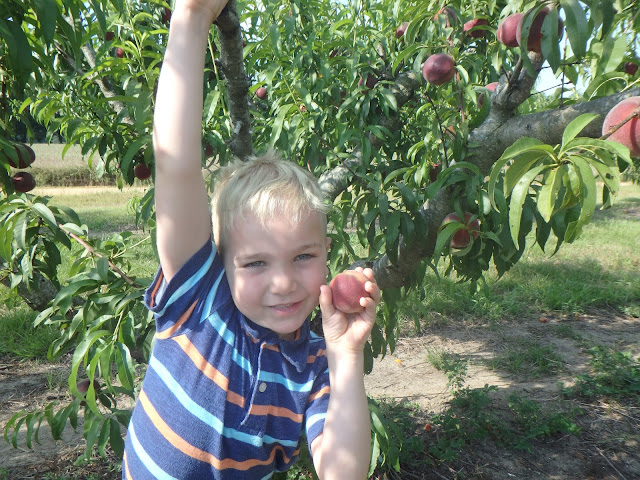 He 'One Upped' her with his peach prop 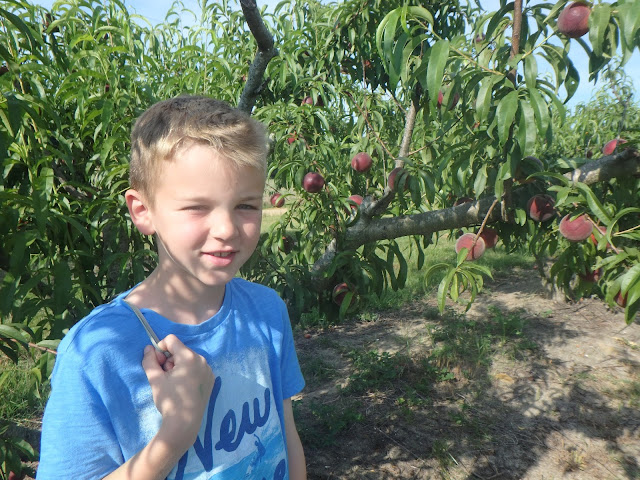 I was just lucky to get a smile out of this kid today! 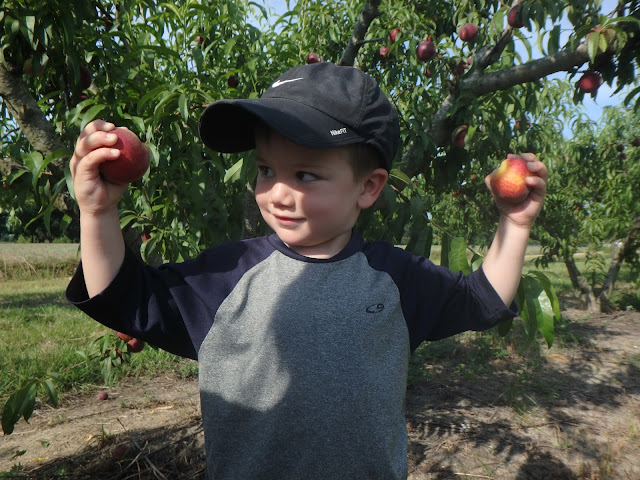 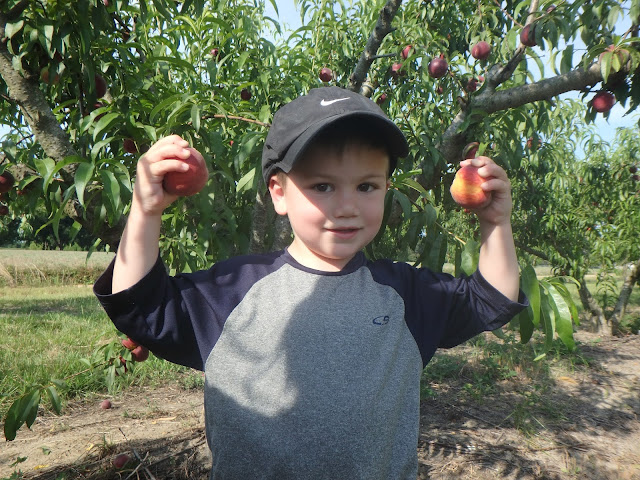 and it shows in his physique 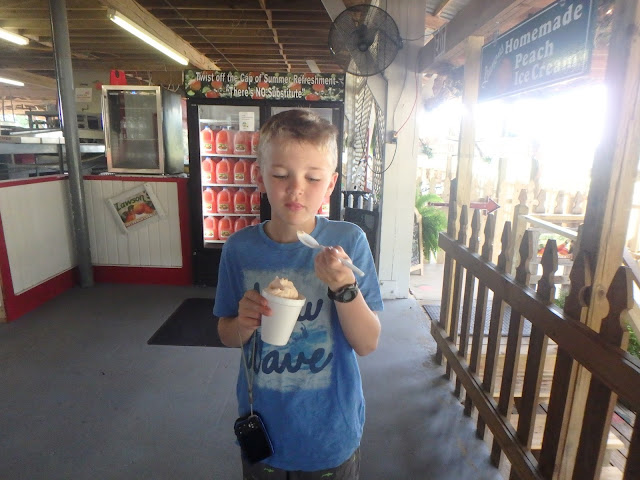 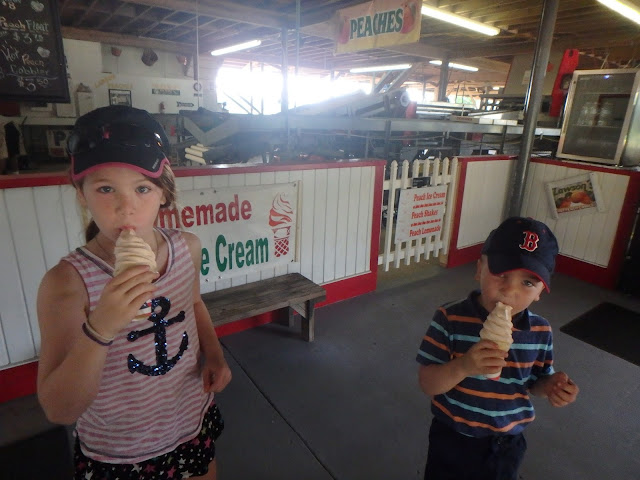 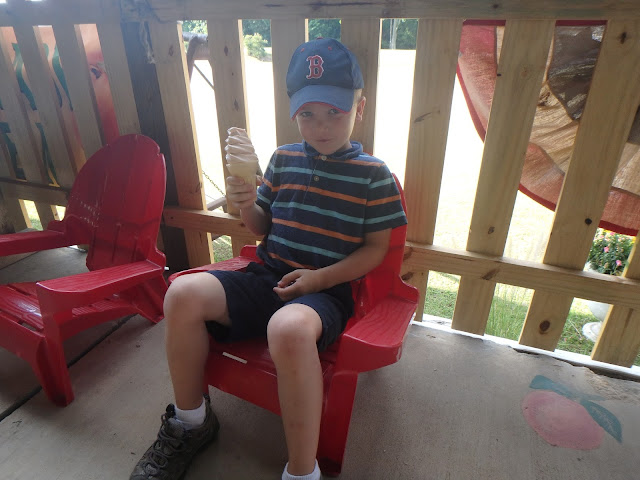 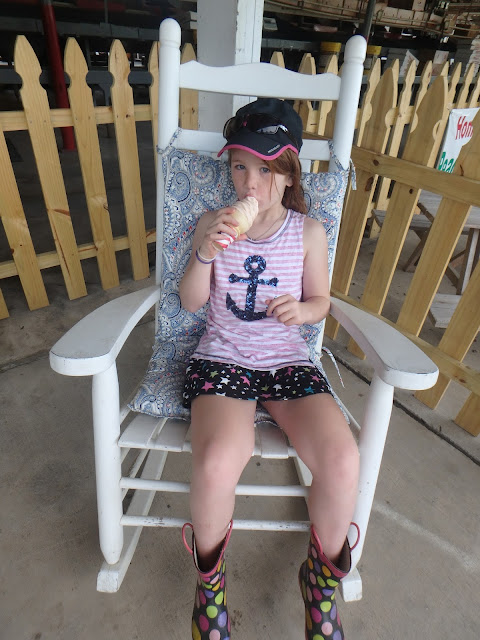 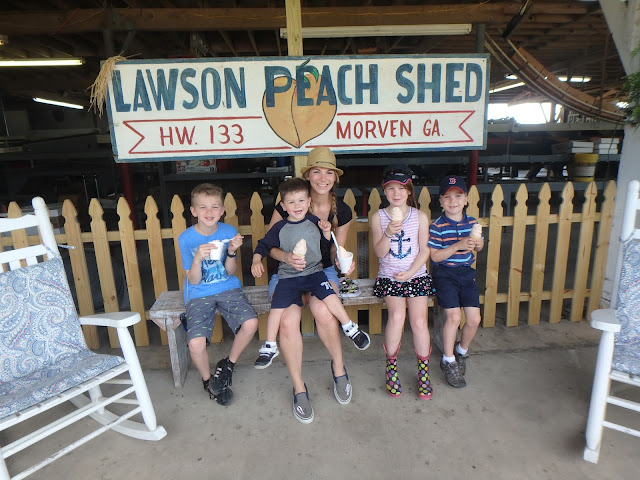 Best picture of the bunch! 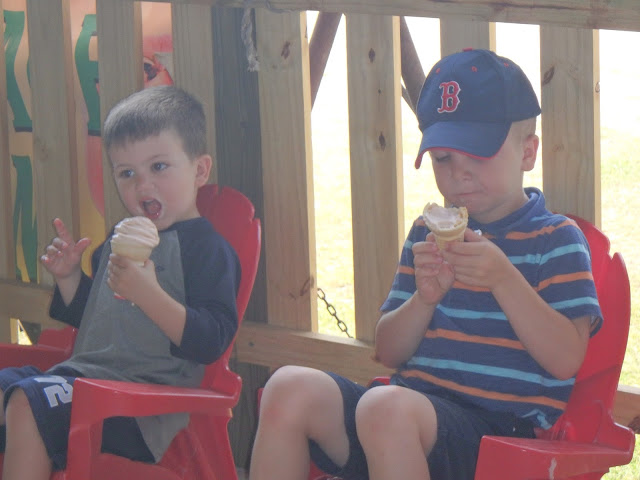